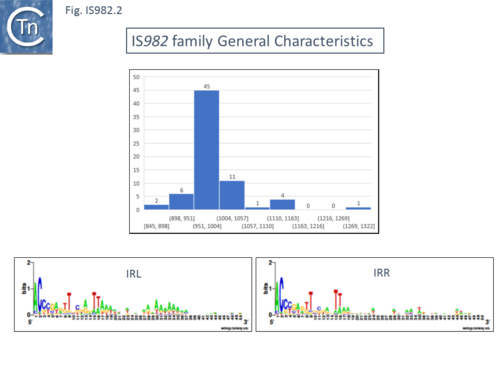 Fig. IS982. The average length and common ends found in IS982 family.

They encode a single orf of between 271 and 313 amino acids with a possible DDE motif but without a convincing conserved downstream K/R residue. They exhibit between 33% and 44% amino acid identity. Little is known about the transposition of these elements.