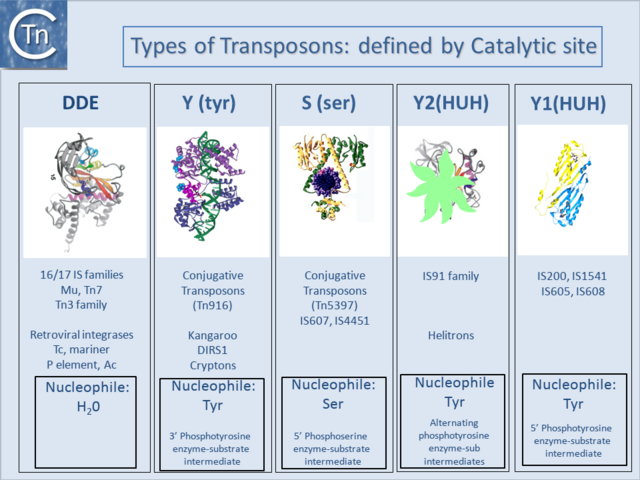 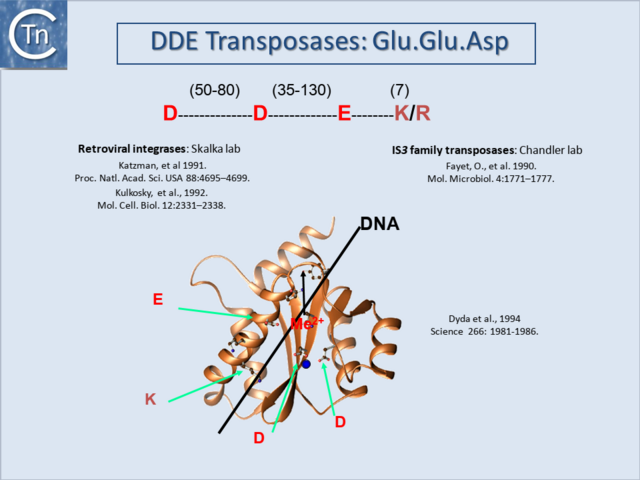 [21] (Fig.1.8.2 pathway f)(IS4.4; IS4.5; IS4.6; IS4.7); the 3’OH of the transferred strand from one IS end may attack the other to generate a donor molecule with a single strand bridge which is then replicated to produce a double-strand transposon circle intermediate and regenerating the original donor molecule known as copy-out-paste-in or more precisely Donor Primed Replicative Transposition (DPRT) (e.g. IS3 ) [22] (Fig.1.8.2 pathway e) (IS911 movie); or the 3’OH at the flank of the non-transferred strand may attack the second strand to form a hairpin on the flanking DNA and a 3’OH on the transferred strand (at present this has only been demonstrated for eukaryotic TE of the hAT family and in V(D)J recombination [23]) (Fig.1.8.2 pathway g). Clearly, many families produce double-strand circular intermediates but this does not necessarily mean that they all use the copy-paste DPRT mechanism since a circle could formally be generated by excision involving recombination of both strands[24]. These differences are reflected in the different IS families. 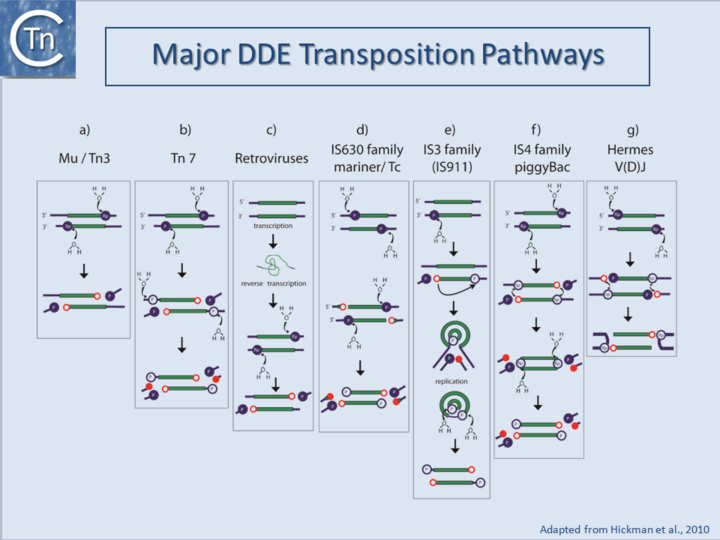 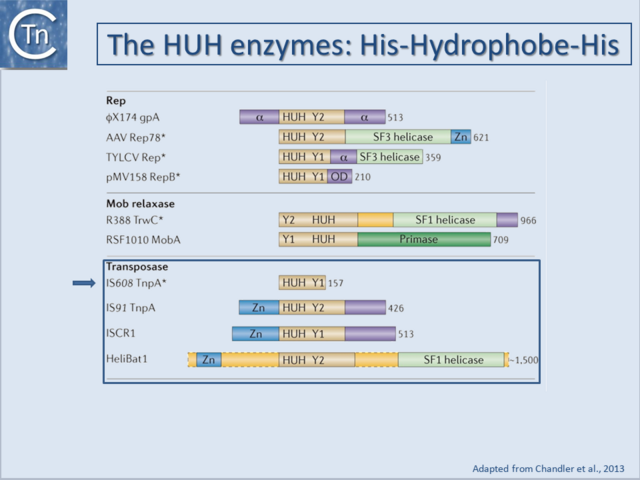